The West Point PracticeNewsCalf pain stopping you from running? 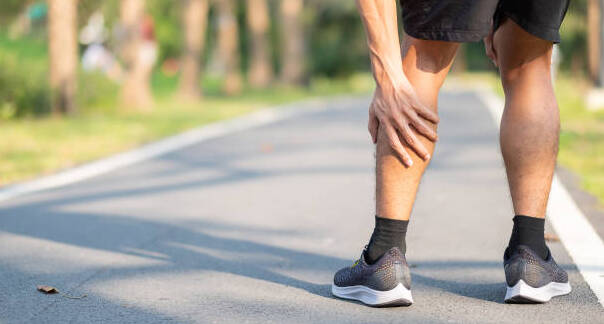 Calf pain stopping you from running?

In this blog I will be looking at two recent patients I have treated with a prolonged history of calf pain which was preventing them from running. Both patients had similar presentations of calf pain that had persisted for over six months.  They were both unable to return to their normal levels of running and both had previously sought treatment from other therapists which they felt had failed to help.

On assessment, these patients were slightly weaker on the injured side. This was tested by through repeated single leg calf raises to fatigue (until unable to do any more reps). However, the amount of calf raises they were able to do between the injured and uninjured leg only differed by two or three repetitions. Neither reported feeling particularly weak on the injured side compared to the uninjured side on this calf raise test. Also, neither runner had any major soft tissue tightness in the calf muscle bulk, they had good joint range of movement and no major tenderness to palpation of the muscle.

Previous treatment had included soft tissue massage, high repetition calf raises, stretching and foam rolling. Both patients had been able to get back to some form of running but struggled with longer distances and higher running speeds. They both experienced frequent breakdowns whilst running which would again lead to a rest period from running before their symptoms settled. They sought treatment from me as approaches they had tried previously had not helped them in the long term.

The approach I took initially was to stop them from running for a six-week period to stop the cycle of injury. We implemented a heavy calf loading programme during this six-week break from running. This included calf raises (straight and bent knee) using weights which were handheld or using a weighted rucksack. This was completed with enough load to fatigue the calf after around 12 repetitions. They would do three sets of this exercise, most days of the week. They were instructed to increase the load gradually over the six-week period. Alongside the calf raises, they performed static hopping to fatigue, three sets per session.  They were instructed to foam roll and stretch as they felt they needed but the emphasis was placed on the strengthening/loading programme.

Following the six-week programme they were reassessed, and they were able to complete more calf raises than at the initial assessment. The injured side was now equal to the non-injured side.

At this point, a graded return to running was commenced and a training plan provided over a further six-week period. The strength training was maintained over this time but reduced to three days per week. After this six-week period, both reported to be back running to their preinjury distances and speeds and were symptom free at this point.

In summary, calf injuries are common amongst runners and most will settle within six weeks with a return to normal levels of running. However, there’s a small percentage of these injuries that fail to settle and can cause prolonged time away from running. These are likely to need a slightly more cautious, longer term approach, where the emphasis is on building back strength and power to enable them to return to normal levels of running. This strength training needs to be of a higher load, with fatigue after around 10-12 repetitions. A recent study by Blagrave in 2018 backs this up as they found that greater benefits were found in those subjects that undertook heavy and explosive training than those who did strength endurance training.  If you are experiencing similar issues, please don’t hesitate to get in touch.

Many thanks for reading

As a healthcare leader, we partner with groups and events within the communities we serve. Our focus on our physiotherapists continuing education is unmatched and guarantees our physios understand and put into practice cutting-edge treatments and rehabilitation techniques available for all types of injuries and conditions